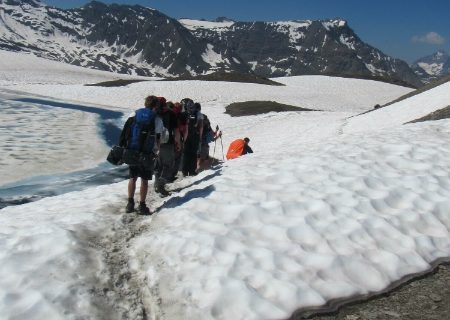 At the end of July, I accompanied Norton Hill School Sixth Formers on their Duke of Edinburgh expedition to the Vanoise in the French Alps.  Their plans were not helped by having to rearrange their routes due to a hut being renovated and therefore no room to camp nearby. Another problem was the huge amounts of snow still left over from a cold spring. One particular point where they had to descend a rock step on to hard snow was particularly challenging. 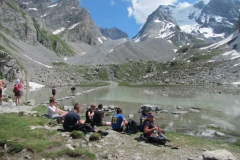 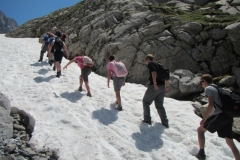 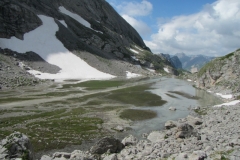 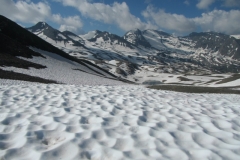 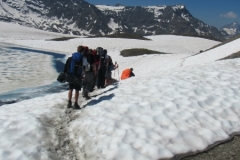 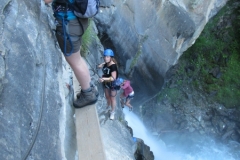 They all succeeded after some very hard days to complete their expedition and were rewarded with some much needed R and R in the Pralognan valley and some more adventurous activities such as white water rafting and via ferratas. It was a pleasure to work with such a pleasant group of students and staff.