In February, 2015, I accompanied Philip and Helen Wilson and John Kirby to the Pyrenees. Philip was about to complete his winter IML Assessment and so we spent the week snowshoeing and discussing various issues related to the assessment. The week coincided with one of the wildest and snowiest periods the Pyrenees had seen in several winters with over a metre of snow falling over a few days. Despite the weather and high avalanche risk, we managed a full week on snowshoes. We had good visibility on the first and last day but in between, the conditions were challenging. 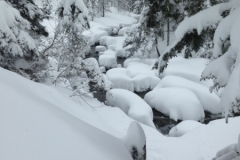 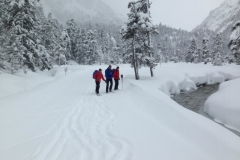 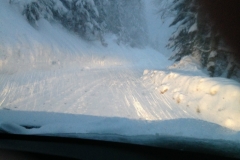 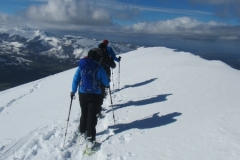 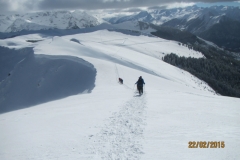 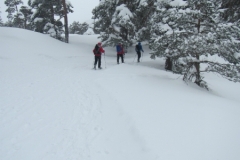 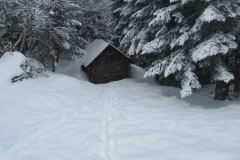 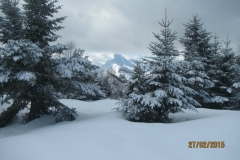 On the Tuesday, we had booked a night at the Wallon Refuge. We decided to try to get there despite the forecast. The hardest part was getting to the start. The roads were snow covered and getting worse. Our snow chains broke twice and we had to affect a repair. We finally left in a snowstorm at 1.00. We made good progress at first but then encountered snow a metre deep and breaking trail became exhausting. With a good way still to go at 4.00, we decided to abort and return to the car park. The journey back was also difficult and we finally had to abandon the car and walk up to our accommodation on foot. Despite the difficulties, the snow had created an amazing landscape and it was well worth the effort to see it. The Marcadau Valley is one of the most beautiful I have ever seen, summer and winter.

The Vercors with Norton Hill School