Towards the end of August 2015, I accompanied Chris and Jane Horobin of Wild Country Consultants to the Pyrenees. They were running D of E Gold Assessment for Ibstock Place School in SW London. It was the first time Chris had used one of my trips for his company so I was keen for it to go well. We camped at Cauterets and acclimatised by getting the lifts to the Cirque de Lis and back to Pont d’Espagne via the Refuge d’Ilheou and  Col de la Haugard. The expedition was based around the Oulettes and Wallon refuges with a short foray into Spain for some. 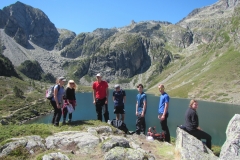 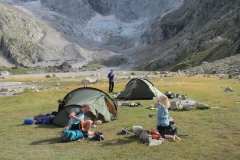 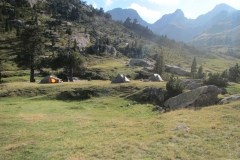 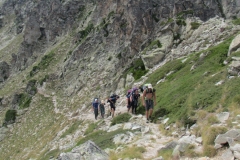 The three groups were all very good company and had a very enjoyable time. The weather was perfect although a little hot at times towards the end of the week. The views were stunning and the idea was sold to Chris and Jane as well as the staff from Ibstock Place School.

The only downside with the weather is that following a via ferrata on the day of departure, the heat built up some massive storms to leave Toulouse airport closed and flights cancelled. We had to stay in a hotel and return 24 hours late. As a result I missed Georgia’s graduation.