In November, Richard Brawn and myself flew to Kathmandu and then on to Pokhara to trek the Annapurna Circuit. We were lucky enough to arrive at Pokhara in time for the Diwali festival, a vibrant and colourful celebration of dancing and music. We set of and it took six days to walk to Manang where we planned to have a rest day. As we climbed the scenery opened up and were treated to views of Annapurna II and Manaslu. The vegetation also changed from Sub Tropical Rain Forest and rice paddies, through Pine Forest and ultimately to a short, squat, thorny type of vegetation similar to that of Corsica. We decided to have two days rest at Manang with some short acclimatisation walks.

After the rest we took three days climbing steadily uphill towards the Thorong La at 5400m above sea level. The last day to the col was a 1000m climb up steep paths and switchbacks. We then had a long descent to Muktinath and another long descent the next day to Jomsom making a total of 3000m of descent in two days. We decided to end the trek in Jomson and take a flight back to Pokhara. This was an experience in itself – like something out of Indiana Jones. It was a great all round experience and I would recommend it to anyone. The scenery is so varied but so massive and the Nepalese people are so friendly. 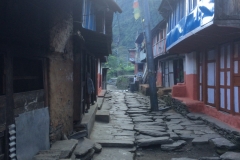 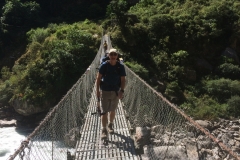 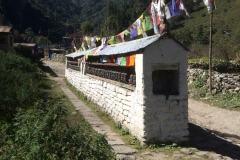 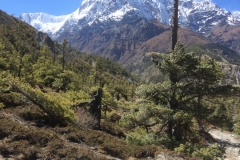 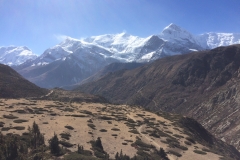 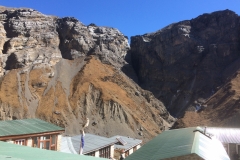 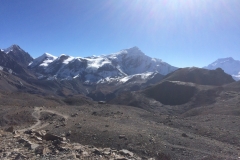 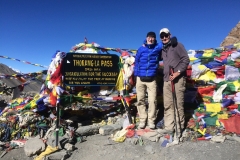 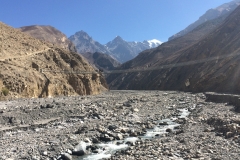