In February, Tim Chandler joined me in the Pyrenees for a few days in the snow. We arrived at Toulouse as it started raining and didn’t stop for 48 hours. This rain did mean that there was snow higher up and this massive depth of snow led to some interesting and exciting driving to get to places. We tried skiing but the visibility was so bad, we decided to snowshoe instead and had three good days near Gavarnie, Pont d’Espagne and Bareges 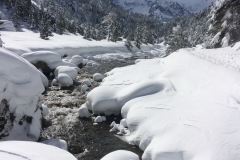 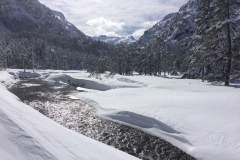 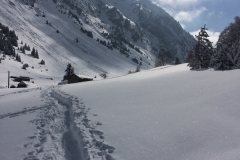 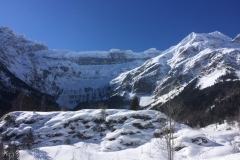 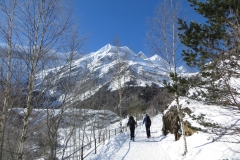 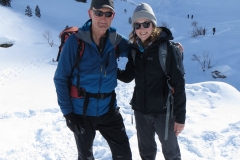 Following Tim’s departure, I was then joined by Georgia and John and repeated some of the days including an overnight at the Wallon Refuge and a wonderful four course meal. By this time, the sun had come out to leave some amazing snowy, mountain scenes