Once again, in late July, it was time to join the Norton Hill School  D of E trip to the Gran Paradiso Area in North West Italy. However, before they arrived, Tim and I attempted to climb the Gran Paradiso from the Shabod Refuge. It all started well and we made good time to the glacier and beyond but the chest infection I picked up the week before was always going to defeat me and we had to retreat.

The students arrived to improving weather and we set about the expedition. This time we attempted a Figure of 8 route between the Rifugio Sella and the Sogne di Berdze. All students were successful and it proved to be a rewarding and popular route 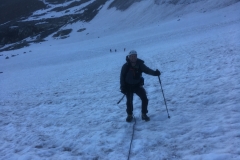 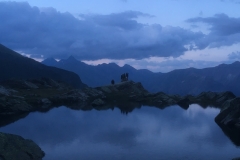 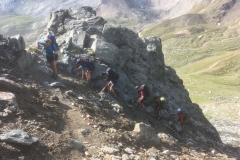 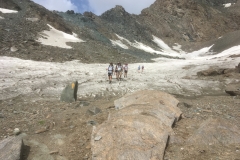 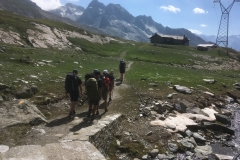 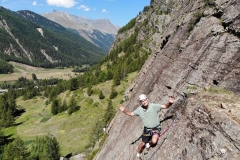 Following the expedition, the students had three days of activities including climbing, mountain biking using e bikes and white water rafting. Over ten of the students managed to lead sport climb for the first time. The only down side of the week was finding the via ferrata closed and we had no way of finding this out in advance