In November, Richard Brawn and I flew to Jordan to cycle through the country and visit a number of well known historical sites including the Roman city of Jerash and Petra as well as some of the more interesting tourist locations like the Red Sea and Wadi Rum. Things weren’t helped when at the end of the first day, Dick fell off his bike and knocked himself unconscious. This was followed by a visit to the local hospital where the staff appeared to know less than me about head injuries. We spent two days at Petra, a highly recommended tourist spot although walking away from the tourist track is highly recommended and stunning. 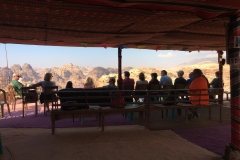 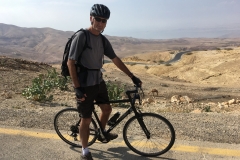 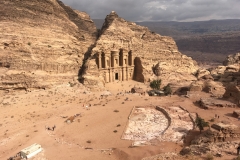 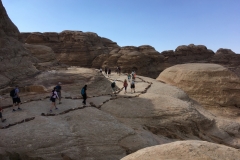 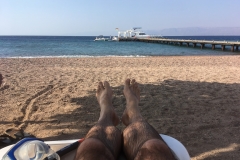 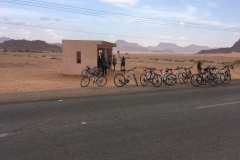 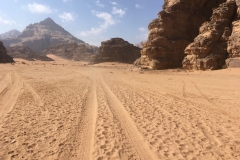 Following a morning snorkel in the Red Sea, we cycled into the desert on the way to Wadi Rum. The rock structures in Wadi Rum were tempting as everywhere looked climbable. All in all, a good time climatically to go although we were always one day ahead of some serious flooding and Jordanian people were so friendly