In July, James and I accompanied Giggleswick School on their via ferrata trip to the Dolomites. We flew to Venice, hired cars and camped at Canazei in the Val di Fassa. The weather was typical of the Dolomites as everyday it clouded over after midday and there were numerous thunderstorms. However, it didn’t prevent us from getting up early, completing the via ferratas and reaching safety before the weather hit. Every day ended in an Apple Strudel stop at a suitable cafe. 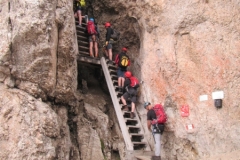 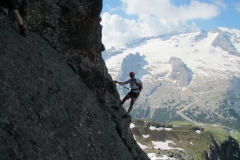 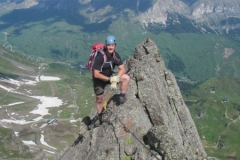 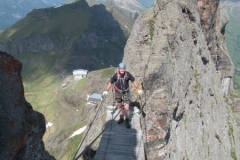 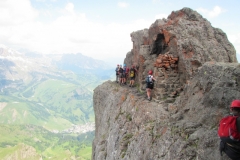 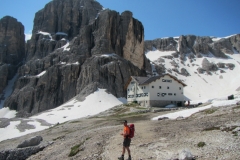 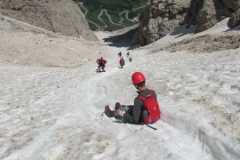 Following the snowy winter, there was a lot more snow around than usual at this time of year which made some of the descents challenging. However, with care, it was still possible to do some exciting via ferratas such as the Brigata Tridentina above Corvara, the Via delle Trincee opposite the Marmolada and the VF dei Finanzieri on Colac above Canazei. It was always good to look out from the tents up at this route, knowing that we had all been to the summit.