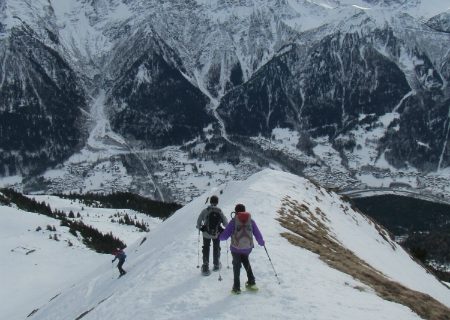 In early December, John Young and I headed to Chamonix for the BAIML AGM and some CPD. We decided to go a day early and stay a day late giving us four clear days in the mountains. On the friday, we decided to introduce John to snowshoeing and accompanied by a few other delegates, caught the bus and train to Le Buet to climb up the Vallee de Berard to the Col de Berard. The snow was still in very good condition and progress was quick. We decided to stay above the hut to practise some transceiver skills. The weekend saw us taking part in a range of CPD activities including glacier travel, avalanche awareness, communication in low income countries and nordic walking. This was followed by the AGM and a wonderful four course dinner all prepared by Eric the Chef at the Chamonix UCPA 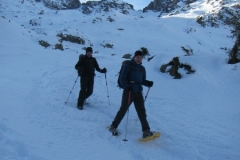 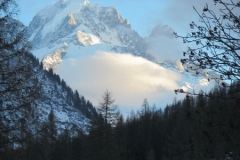 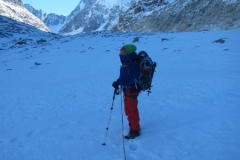 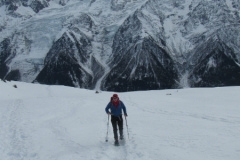 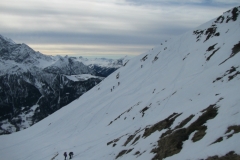 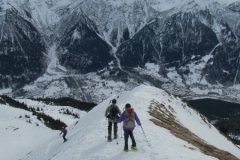 On the Monday, the same group of snowshoers headed for the Aiguilette des Houches, a small peak on the south side of the valley with breathtaking views of the Mont Blanc Range. The snow was much more icy and crampons and ice axes would have been a better choice of kit. However, we made it safely to the summit and down again. John felt he had given the snowshoes a good test.