In July, I accompanied The Magell family on a short version of the AV2 in the Dolomites. Having taken the older two sons on a previous trip, it was the turn of the two youngest, George and Ben to accompany dad Alex and mum Helen. Having spent the first night in very nice accommodation at the Passo Gardena, we set off in the morning on the Via Ferrata Brigata Tridentina on the way to the Rifugio Pisciadu where we would spend the night. This was a challenging start on a medium grade VF with a tricky finish at altitude. They all coped extremely well and settled in to a chill out time at the hut. The next morning we set off over the top towards the Rifugio Boe and then on by a steep, sometimes snowy descent to the Passo Pordoi 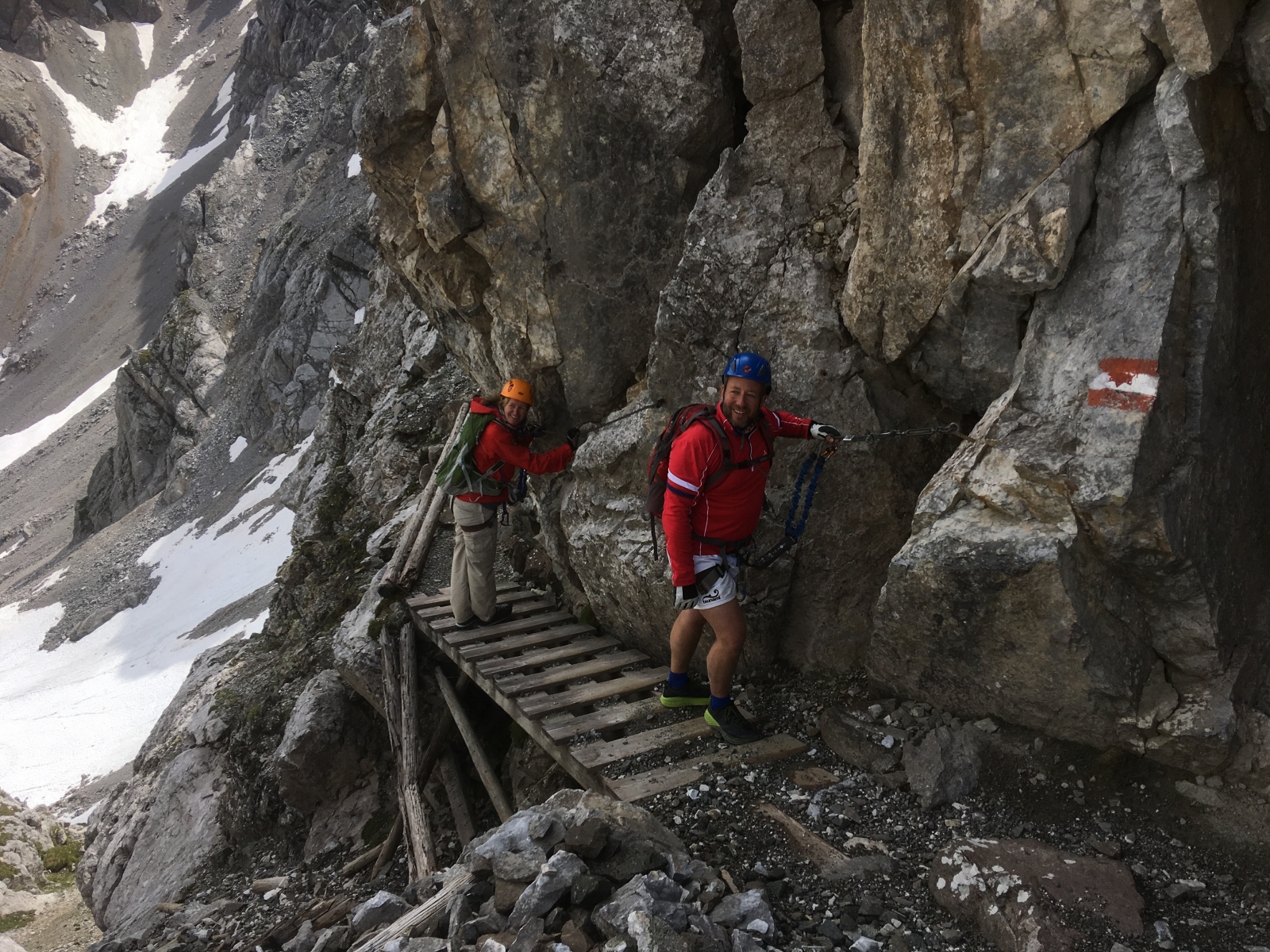 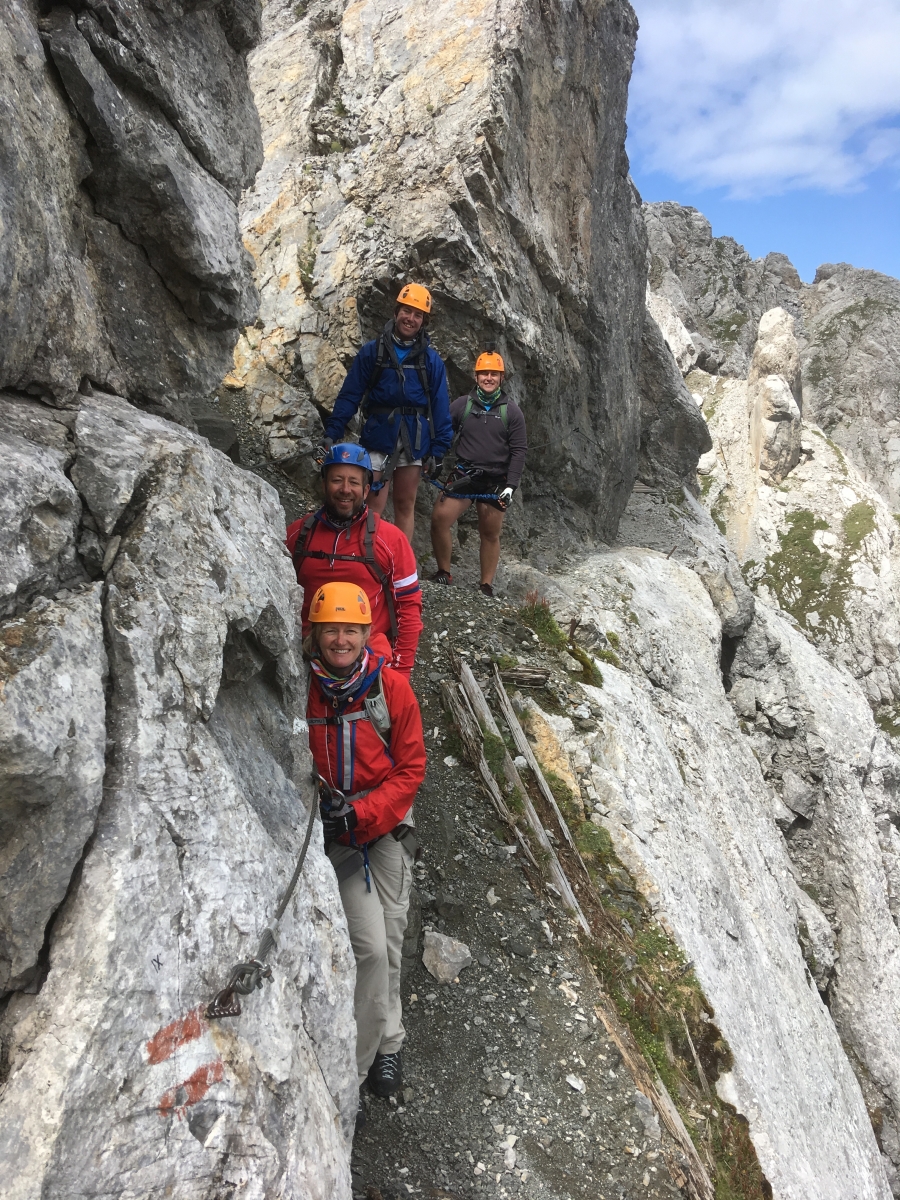 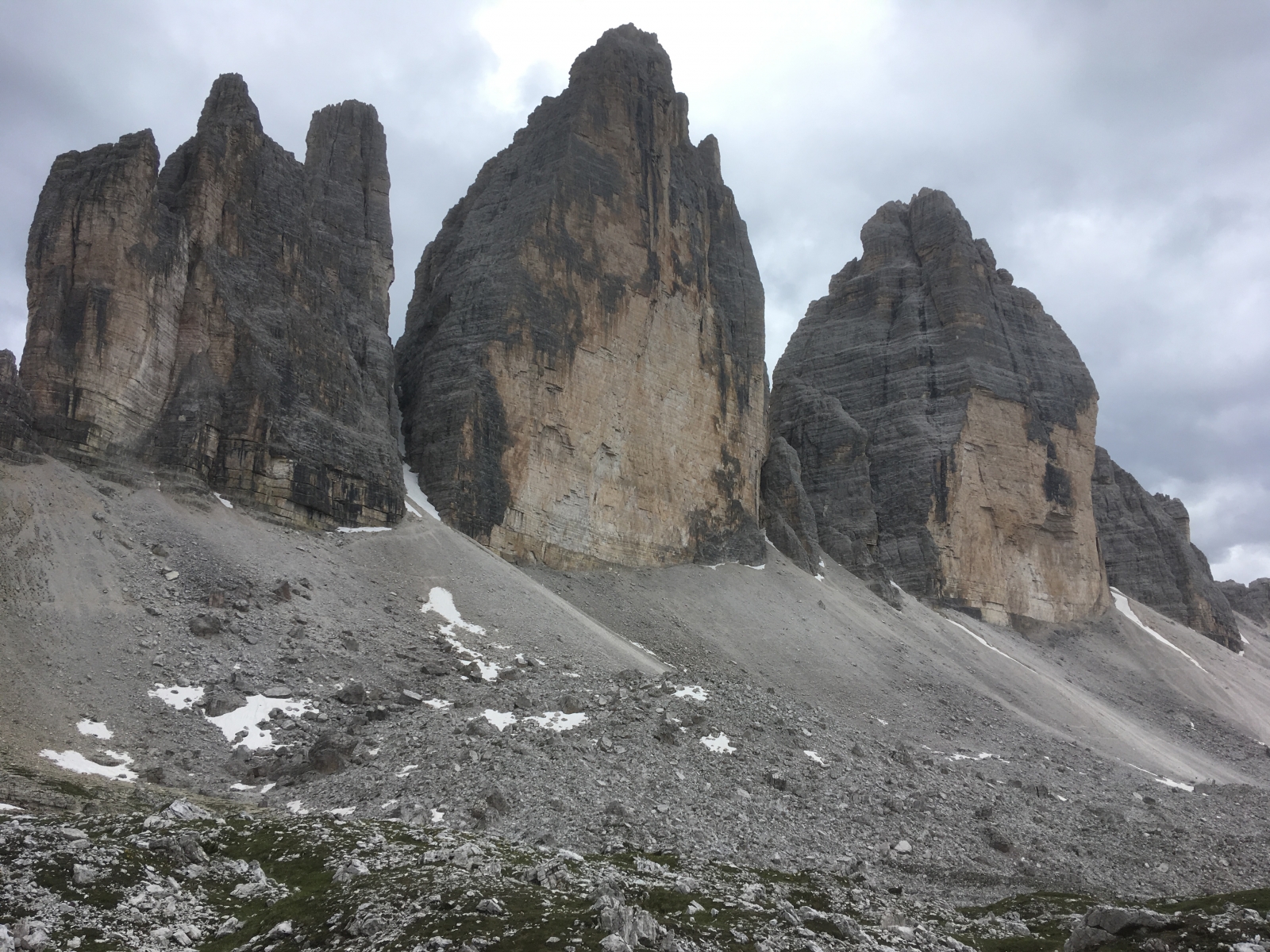 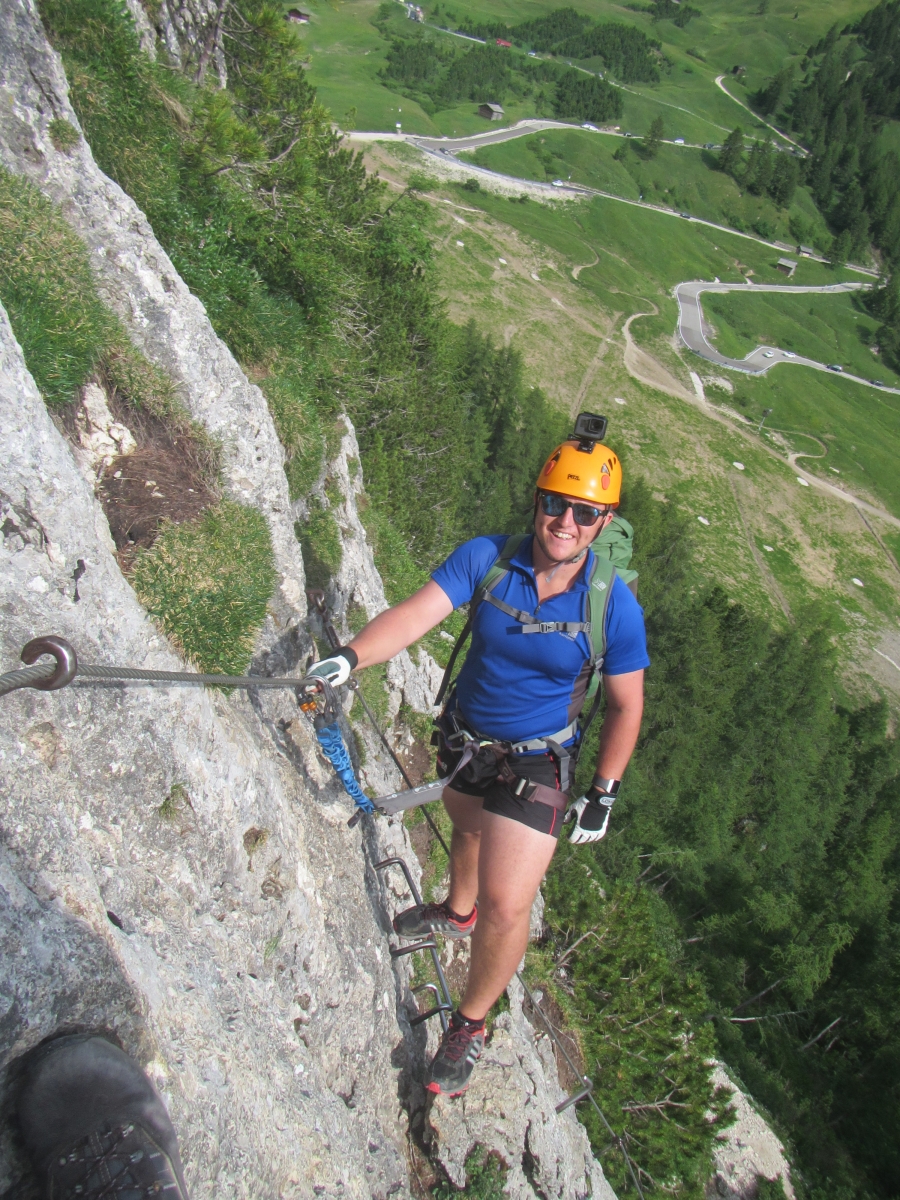 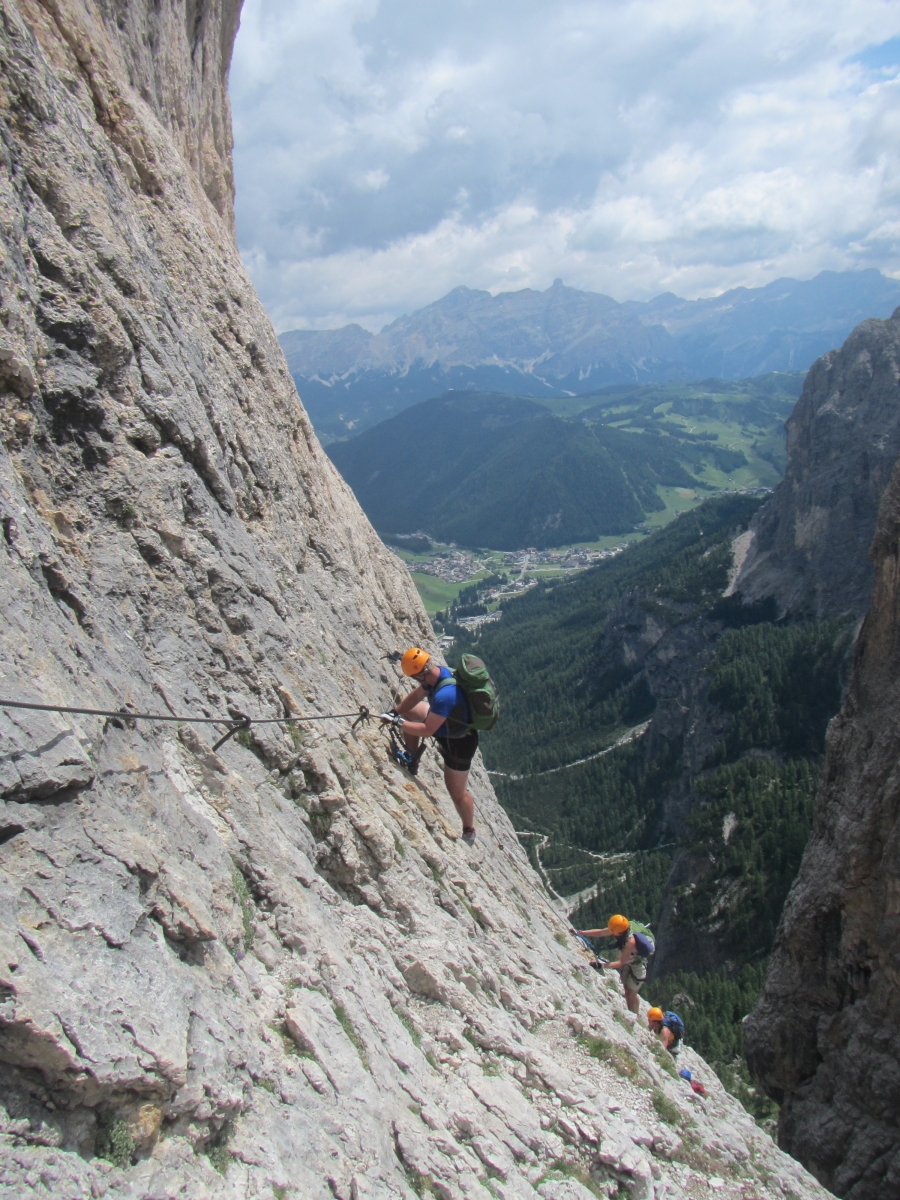 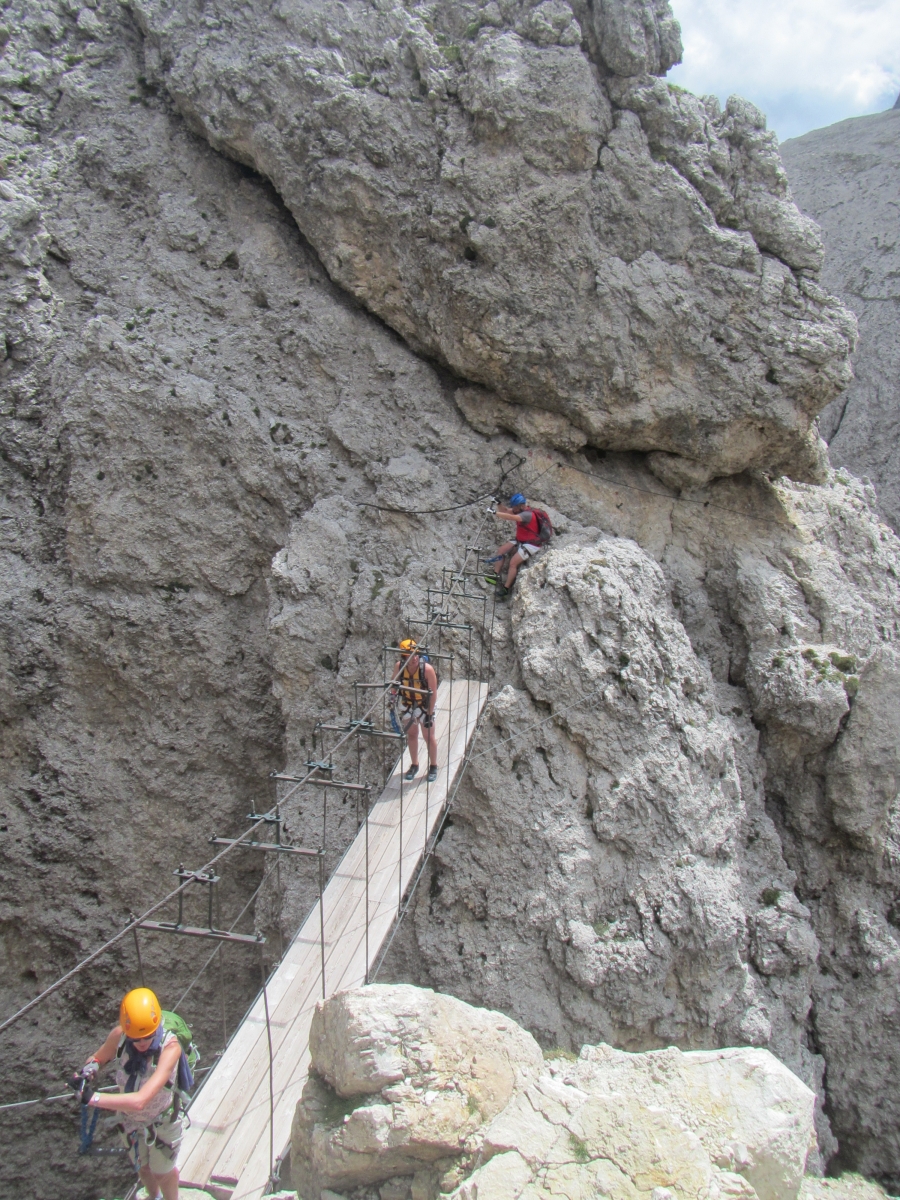 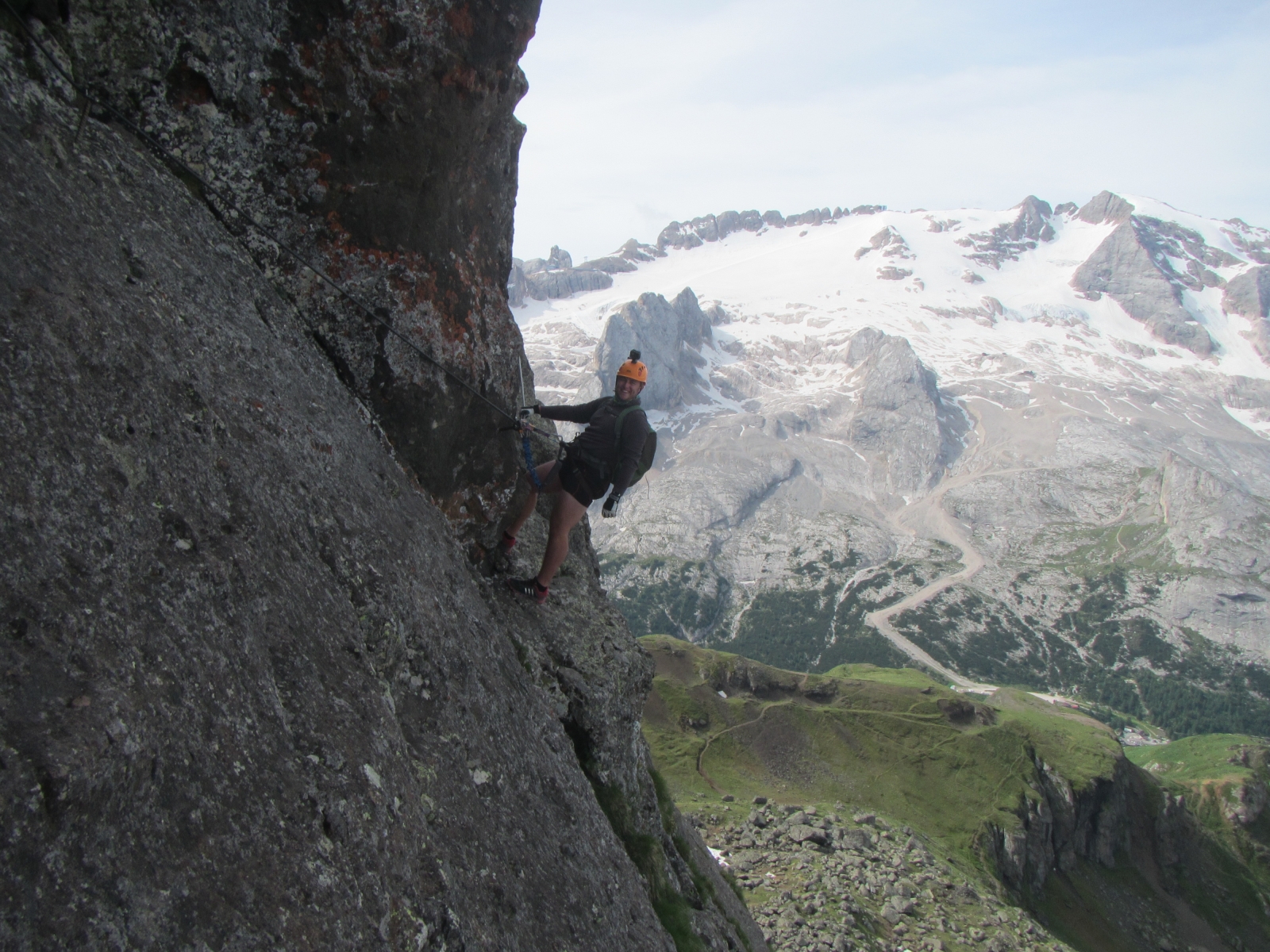 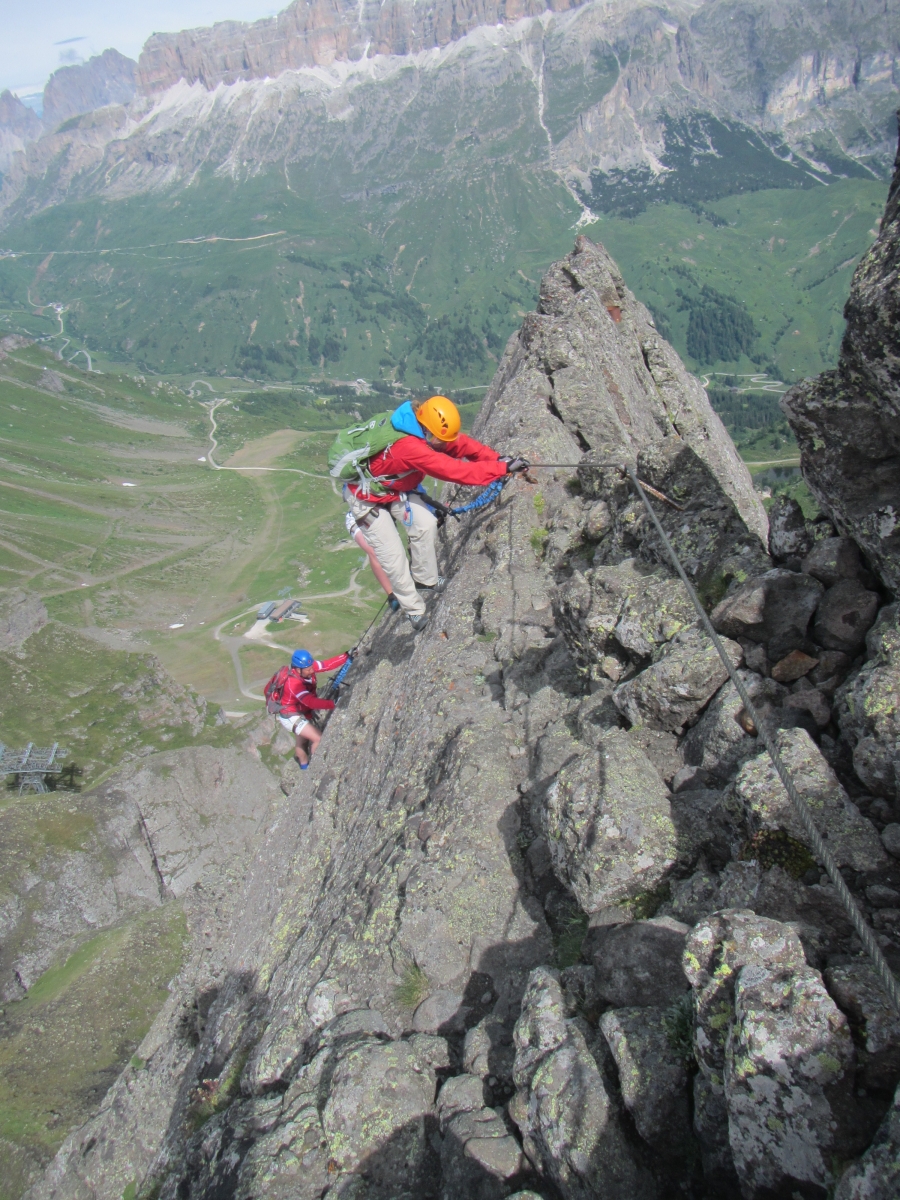 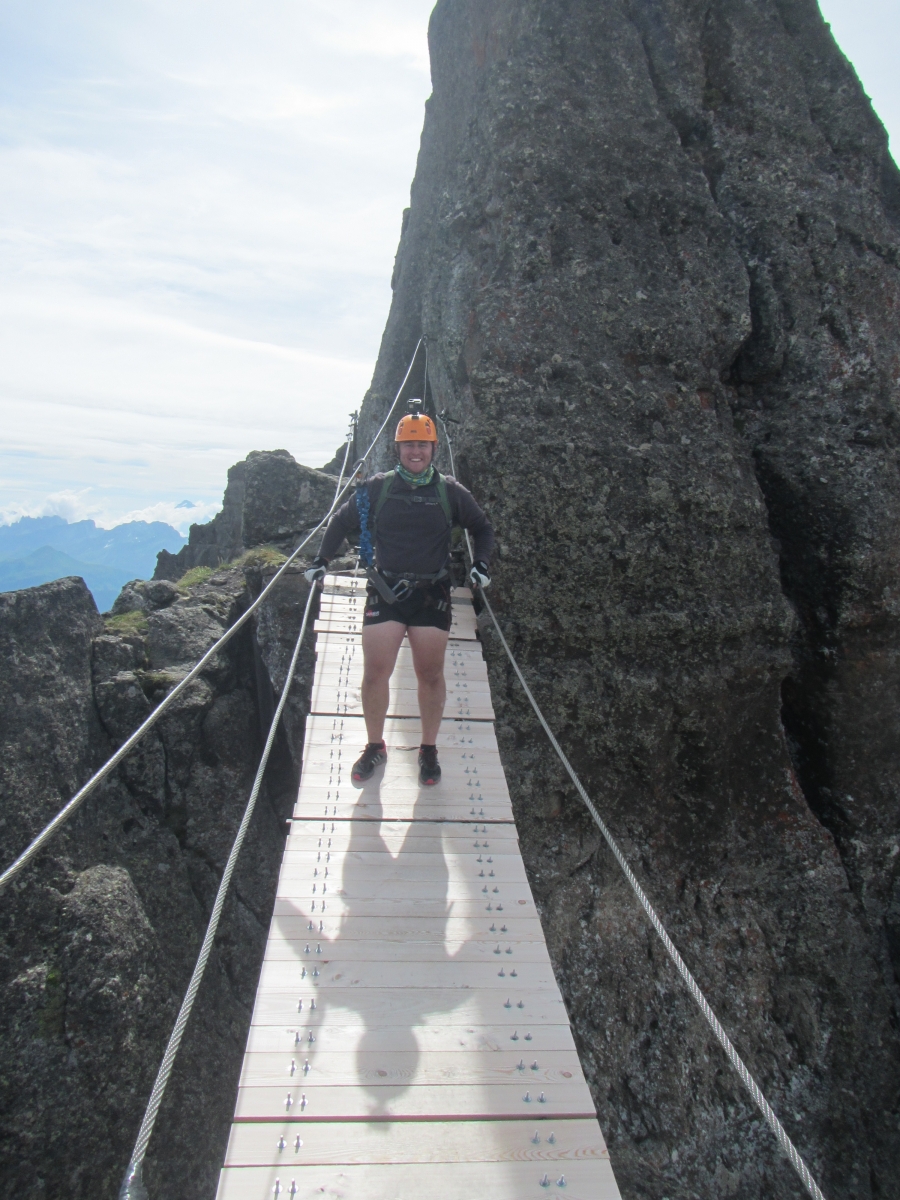 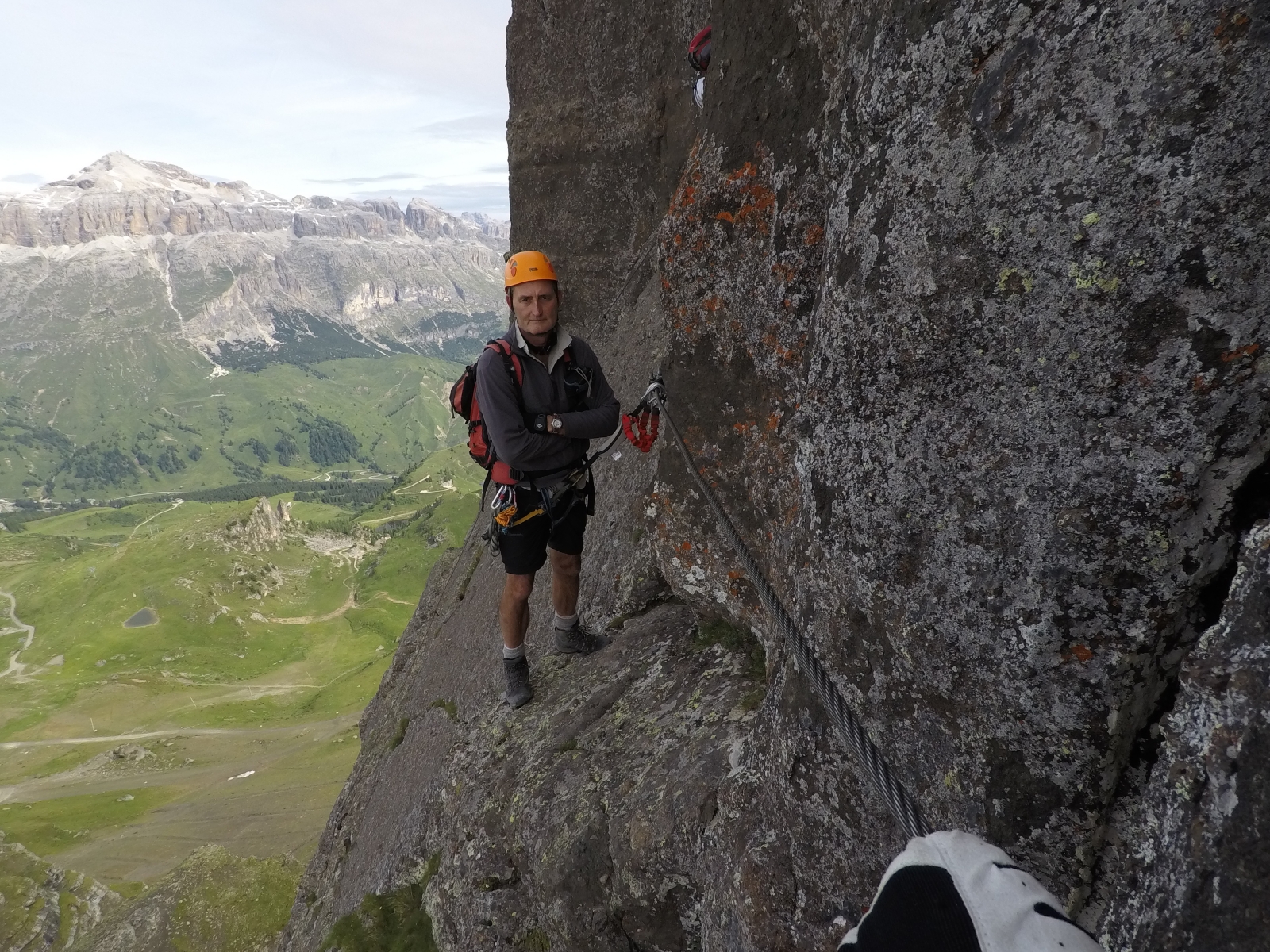 After a night in Arabba, we caught the cable car to do the first section of the Via Ferrata Dele Trincee. The start was the hardest bit and harder than I remember but after a lot of thrutching and a bit of bad language, we all managed to make it on to the easier but exposed section. We then drove around to the Passo San Pellegrino to spend the night in my favourite hotel, the Costabella. The next day because of a dubious forecast decided to do a day route behind the hotel on the ridge which included the VF Beppi Zac, an easy but exposed route.