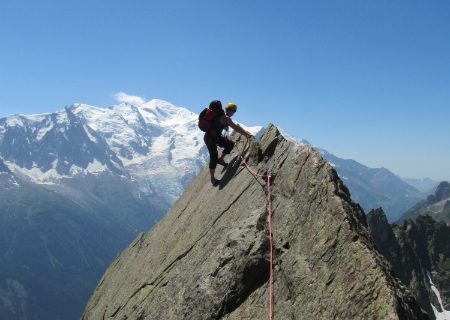 After leaving the Vanoise, Cyrano and I joined up with Jamie and Nic for a weeks climbing in Chamonix. We were fortunate to be in the middle of one of the best spells of weather in Chamonix for a long time. We climbed mainly on the Aiguille Rouges and the highlight being an ascent of the Chapelle de la Gliere. Our planned, big route on the Chamonix Aguilles was doomed from the start as Pete dislodged some large boulders on the approaching moraine and damaged his shoulder. He did recover enough to climb the Aguilette d’Argentiere with Cyrano. 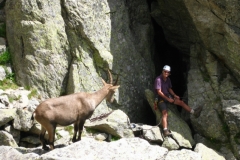 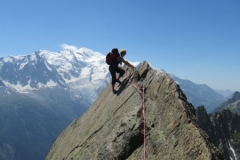 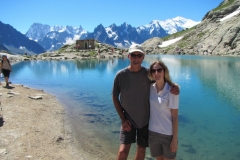 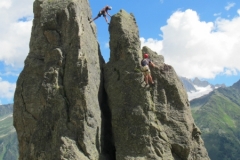 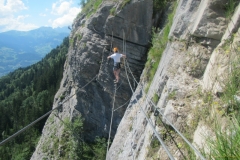 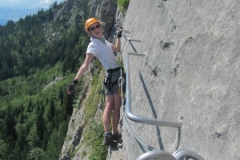 Holly joined me during the second week and the plan was to recce some stages of the Tour de Mont Blanc for a trip the following year. We also managed to climb the local via ferrata at the Plateau d’Assy

The Vanoise with Writhlington School