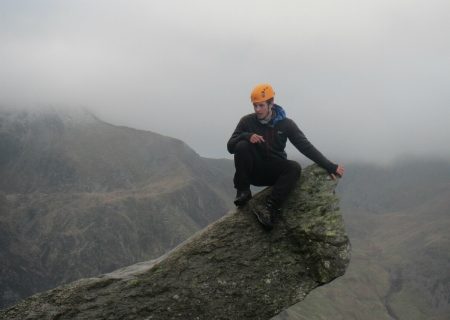 Having agreed to run a number of courses in late November and early December, we were lucky to experience some dry and sunny weather making learning much easier. We ran a ML Training Course for the trainee instructors at Haven Banks and outdoor students at Exeter College. This was done over two, three day sessions. I really like this format as it enables us to do an expedition and night navigation exercise on Dartmoor but also have three mountain days in Snowdonia. For the expedition, I worked alongside Nicola and the last weekend of the Hill and Moorland Assessment. In between the two, we ran our first Lowland Leader Award for the staff and sixth formers at Norton Hill School. The second day we were blessed with unseasonal weather on the South Coast for a walk from Branscombe to Beer and back 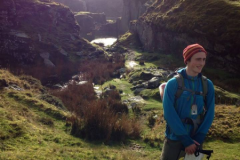 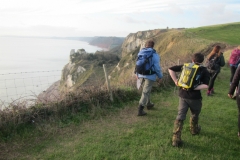 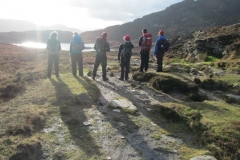 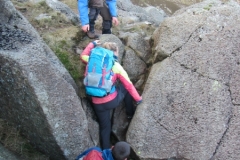 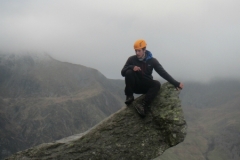 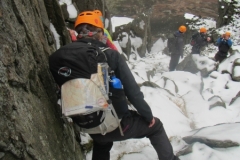 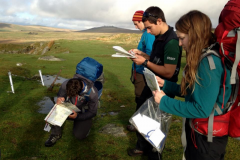 We also experienced two real life scenarios. On the first afternoon of the Lowland Leader Training we were confronted by an irate peasant (sorry pheasant) farmer who was not too happy with our choice of footpath in the dark. Secondly, when descending from Tryfan, one of our party who was being sick during the day, ran out of energy, collapsed and became delirious. We had to carry him off the hill to a waiting ambulance. Fortunately, he recovered quickly and was able to join us the next day. Thanks go to the many volunteers who helped us carry the makeshift stretcher and the work of the ambulance team. You never stop learning in this game!